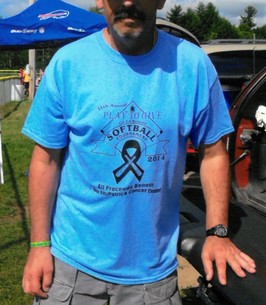 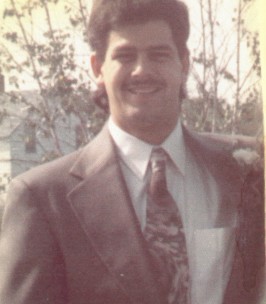 Memorial Candles Lit for Gary | SEE ALL
Light a Candle
"We are honored to provide this Book of Memories to the family."
— Brown Funeral Home Inc.
Funeral Details Memory Wall Photos & Videos Plant a Tree

Print
Gary G. LaFountain, Jr., 48, of Plattsburgh, NY, passed away on Monday, December 10, 2018 at his home. He was born in Fort Bragg, NC on March 7, 1970 the son of the late Gary Sr. and late Tanya (Darrah) LaFountain.
Gary served his country in the United States Army. Following his honorable discharge, he worked at Triumph Auto Glass for many years. Gary enjoyed car racing, and attending races at airborne or watching NASCAR on tv. Gary often enjoyed sports, playing basketball or attending softball games at the American Legion.
He is survived by his wife; Michelle LaFountain his daughter, Gina-Marie LaFountain and her daughter Alexandria V. Washington, his brother, Shawn LaFountain, his nieces and nephews; Kaila LaFountain Brunet, Jacob LaFountain, Abigail Rose LaFountain, Michael LaFountain, Brenyn LaFountain, an uncle, Wayne LaFountain and his wife Margaret of PA.
Calling hours will be held on Thursday, December 20, 2018 from 3:00pm-6:00 pm at the Brown Funeral Home. A funeral service will follow in the Brown Funeral Home Chapel. Burial will be at St. Peter’s Cemetery in Plattsburgh in the spring with military honors presented.
Arrangements have been entrusted to the Brown Funeral Home, 29 Broad St, Plattsburgh, NY 12901. (518) 561-3980. Online condolences may be offered at www.brownfuneralhomeinc.com

We encourage you to share any memorable photos or stories about Gary. All tributes placed on and purchased through this memorial website will remain on in perpetuity for future generations.

A
My sincere condolences for your loss may the God of comfort be with your family during this most difficult time.Please find comfort from these words 2Corinthians 1:3,4 and Isaiah 25:8.
Artina - Wednesday December 19, 2018 via Condolence Message
Share This:

SS
On behalf of the Seton Catholic family of faith, I would like to extend our deepest sympathy to Gary's family and friends. May he rest in peace and may the angels lead him into paradise! We are grateful to him for serving our country.

Thank you for sharing!

Provide comfort for the family by planting a tree.

Or use your email:

Provide comfort for the family by planting a tree.

Connect with families at their time of loss. By subscribing to email updates, you will receive two daily updates containing all new stories, photos, candle lightings, condolences, and more.