To share your memory on the wall of Ahmad Abrams, sign in using one of the following options:

To plant a memorial tree in honor of Ahmad B. Abrams, please visit our Heartfelt Sympathies Store.

We encourage you to share your most beloved memories of Ahmad here, so that the family and other loved ones can always see it. You can upload cherished photographs, or share your favorite stories, and can even comment on those shared by others.

Posted Dec 24, 2019 at 10:33am
With heartfelt condolences, our friends at David S. Brown Enterprises.

Peaceful White Lilies Basket was purchased for the family of Ahmad Abrams.

Posted Dec 24, 2019 at 04:44am
My brother Bilal was funny, he always made me laugh and put a smile on my face when I talked with him. My condolences go out to his widow and his children and all of our family. May he spend eternity in the presence of our Lord Jesus Christ. Janeen Curry
Comment Share
Share via: 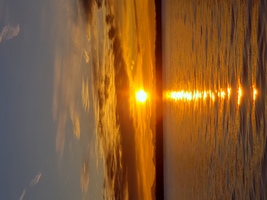