To share your memory on the wall of Armand Lussier, sign in using one of the following options:

Armand was predeceased by his parents, his wife Gilberte Lussier and a son Claude Lussier and several brothers and sisters.
Calling hours will be Friday, September 11, 2020 from 5:00 p.m. to 7:00 p.m. at the Brown Funeral Home, Plattsburgh.
A Mass of Christian Burial will be celebrated Saturday, September 12, 2020 at 11:00 a.m. at St. Joseph’s Church, West Chazy.
Entombment will follow at the Plattsburgh Community Mausoleum.
In lieu of flowers donations may be made to his great grandchildren.
Online condolences may be offered at www.brownfuneralhomeinc.com
Read Less

To send flowers to the family or plant a tree in memory of Armand Lussier, please visit our Heartfelt Sympathies Store.

Receive notifications about information and event scheduling for Armand

We encourage you to share your most beloved memories of Armand here, so that the family and other loved ones can always see it. You can upload cherished photographs, or share your favorite stories, and can even comment on those shared by others.

Posted Sep 12, 2020 at 02:51pm
On behalf of the Seton Catholic family of faith, I would like to express our deepest sympathy to Armand's family and friends. May he rest in peace and may the angels lead him to his heavenly home.
Comment Share
Share via:
MT

Posted Sep 10, 2020 at 01:58pm
Tony and I would like to send our sympathies upon hearing of the passing of your father, grandfather and great grandfather. We know exactly how much of a hard worker he was, as we own a farm too. It's a 7 day of the week job, and a lot of physical work. May Armand be at rest now. We are sorry for your loss. Sincerely, Tony and Marsha Trombly
Comment Share
Share via:
FW 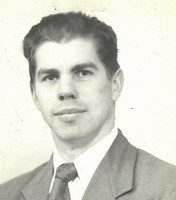