To share your memory on the wall of Barbra Arnold, sign in using one of the following options:

She was born in Plattsburgh, NY on May 15, 1948, the first child of the late Raymond and... Read More
Barbra Ann (Golden) Arnold, 72, of East Thetford, VT died on Tuesday, September 1, 2020 at Dartmouth Hitchcock Medical Center after a brief illness.

She was born in Plattsburgh, NY on May 15, 1948, the first child of the late Raymond and Janet (Rock) Golden.

Barb was among the earliest graduates of Beekmantown Central School, Class of 1966, which included primary years in a one-room schoolhouse on Jersey Swamp Road. She earned a Bachelor of Arts degree from CUNY Lehman College in 1974 and worked in the insurance industry before ¬settling down to country life in rural Vermont to care for her beloved animals, domestic and wild.

Barb is remembered for her fierce love of family and fun, her unwavering advocacy for the rights ¬¬of animals, and the fact that she always had a camera nearby to capture the moments that made life so special for her and those she loved. She never forgot a birthday, was devoted to researching ancestry and retelling family lore, especially the mischief she engineered with her eight siblings and many cousins. She brought laughter and light to the most ordinary and even somber of occasions. It is not an exaggeration to say that when Barb walked into a room it went from black and white to technicolor. No matter where she lived, “home” for Barb was always the North Country and she made frequent trips back. She loved the outdoors: her gardens, flowers and all of God’s creatures, down to the tiniest spider. She was golden, in every sense of the word.

She is also survived by her aunts, Claire (Jim) Lafferty and Mildred Rock; an uncle, Clarence Golden; many cousins, a niece, fifteen nephews and their families. Finally, there was always a special place in Barb’s heart for Wendy (Tom) Kelly of Barnegat, NJ and their three beautiful daughters.

A celebration of Barb’s life will be held at St. James Church in Cadyville at 11 a.m. on Saturday, September 5, 2020.

In lieu of flowers, donations to save injured and orphaned wild animals may be made in Barb’s name to Wildlife in Crisis, www.wildlifeincrisis.org.
Arrangements are entrusted to Brown Funeral Home, 29 Broad Street, Plattsburgh, NY 12901. Online condolences may be offered at www.brownfuneralhomeinc.com.
Read Less

To send flowers to the family or plant a tree in memory of Barbra Ann Arnold, please visit our Heartfelt Sympathies Store.

Receive notifications about information and event scheduling for Barbra

We encourage you to share your most beloved memories of Barbra here, so that the family and other loved ones can always see it. You can upload cherished photographs, or share your favorite stories, and can even comment on those shared by others. 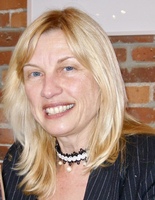