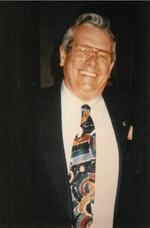 Charles R. “Bob” Parker, 91, passed away, Saturday, March 27, 2021 at the UVM-CVPH Medical Center with this family by his side. He was born in Oswego, NY, on August 5, 1929 the son of George and Mary (Genung) Parker.
Bob graduated from Plattsburgh High School and Mt.Herman Prep School. He served his country in the United States Army. Following his honorable discharge, he attended Plattsburgh State and was signed by the Brooklyn Dodgers farm team as a catcher until a shoulder injury shortened his baseball career. Bob worked and retired as a Sergeant from Clinton Correctional after 37 years of service. Bob was an athlete at heart, playing, coaching, and a referee for 21 years; rooting for the Yankees and Syracuse Orange. He was an avid outdoorsman, hunting, fishing and was a founding member of the Round Lake Hunting Club. Above anything else, he loved his wife, children and grandchildren.
He is survived by his high school sweetheart and wife of nearly 70 years, Madelyn (Milne), his children; Steve Parker and his wife Debbie, Chris Parker and his companion Becky Collins, 7 grandchildren and 9 great-grandchildren.
He is predeceased by his parents, his sons, Bobby, David, and Allen Parker, his brothers John and Mike Parker.
There will be no calling hours. A Mass of Christian Burial will be celebrated on Wednesday, March 31, 2021 at 11:00am at Church of the Assumption in Redford. Burial will be at a later date in Saranac Independence Cemetery.
Memorial donations may be made to St. Jude.
Arrangements are entrusted to the Brown Funeral Home, Plattsburgh. Online condolences may be offered at www.brownfuneralhomeinc.com.