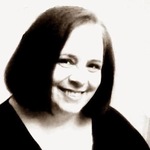 Cindy L. Clifford, 63, of Plattsburgh passed away on March 26, 2021 from complications due to health issues. Cindy was born in Plattsburgh, NY on January 19, 1958, to Merritt and Marie “Joan” (Valente) Clifford.
She grew up in Plattsburgh on Cumberland Head and attended Beekmantown Central School. She graduated from high school with honors in 1976. Cindy was a music enthusiast, Celine Dion and Barbara Streisand being among her favorites. As a teen she played flute and piccolo. One of her fondest memories was taking part in her High school graduation ceremony, accompanying the music instructor as he played piano and she, the piccolo, to the song “The Entertainer.” It was a time in her life she relished and reflected upon proudly. Cindy attended Plattsburgh State University College, for both her undergraduate and graduate studies and practiced for over 30 years as a Speech and Language Pathologist, first with CC BOCES from 1981-1986 and then with SUNY Plattsburgh until her retirement in 2020. In her early professional years she worked directly with children in the public schools and later, as Clinic Director and Instructor/Lecturer at the PSUC Speech and Hearing Center, she shared her vast experiences with her students. She loved her profession and her students and took pride in their accomplishments as she watched them succeed. She saw their successes as her own.
In May 1983, she gave birth to her son, Clifford Conners. “Cliff” was the light of her life. She followed and supported him throughout his life and watched with pride, as constant steady mom, cheering him and his teammates along as they played baseball and hockey. She loved him with her whole heart.
Cindy was a warm, kind soul with a caring heart. She loved nothing more than sitting outside on warm Spring day, June being her favorite month, reading novels , drinking iced tea and enjoying the sunshine on her face and a warm breeze through her hair.
This is where she was most at peace.
She was a lover of Chinese food, and loved stuffing during Thanksgiving celebration. She loved Olympic gymnastics, as well as figure skating. In her later years she became the family’s “meteorologist”. We could always count and looked forward to her daily forecasts. She loved reading, logic and crossword puzzles, and extra-large Dunkin Donuts coffee with hazelnut creamer. She was a diehard Red Sox fan, and also liked the Mets (because Of her son Cliff) Mets fan.
Cindy was predeceased by her father Merritt Clifford, first husband and friend, Ron Conners, her Uncle Robert Scoskie, and both her maternal and paternal grandparents.
She is survived by her son, Clifford Conners of Plattsburgh, her mother Marie “Joan” Clifford of the Vilas Home in Plattsburgh, her friend Perry Ledyard, two sisters, Deborah Harney and her husband Ken Klock and Sandra Esposito and her husband Michael. She is also survived by her Aunt Lois Scoskie of Plattsburgh, as well as several cousins, nieces and nephews. Last, she is survived by numerous friends who were touched by her life.
Calling hours will be at the Brown Funeral Home on Friday, April 2, 2021 from 4:00-5:30pm. A funeral service will follow in the Brown Funeral Home Chapel. Private graveside services will be at a later date. In lieu of flowers, memorial donations in Cindy’s name can be made to her family.
Arrangements are entrusted to Brown Funeral Home, Plattsburgh. Online condolences may be offered at www.brownfuneralhomeinc.com.