To share your memory on the wall of Col. Christopher Munn, sign in using one of the following options:

Provide comfort for the family by sending flowers or planting a tree in memory of Col. Christopher Munn

Provide comfort for the family by sending flowers or planting a tree in memory of Col. Christopher Munn

To send flowers to the family or plant a tree in memory of Col. Christopher J. Munn, please visit our Heartfelt Sympathies Store.

Receive notifications about information and event scheduling for Col. Christopher

We encourage you to share your most beloved memories of Col. Christopher here, so that the family and other loved ones can always see it. You can upload cherished photographs, or share your favorite stories, and can even comment on those shared by others.

Mike Scully and The Tom Pearl family sent flowers to the family of Col. Christopher J. Munn.
Show you care by sending flowers

Posted Feb 06, 2020 at 02:47pm
Sincere condolences to you, Tammy, and all of Chris' family. I vividly remember Chirs' fun loving nature, and how quickly it made time pass traveling on weekend escapes from "The Wick" for all the "P-dogs" (Chis, Dave Baker, Mike and Chris Ryan, Roger Dwinell, Jeff Carpenter, BJ Adams, Jay Pasalaqua, and me) in Roger Dwinell's Pontiac, or Dave Baker's station wagon. Chris was always quick with a joke, or a good natured barb for one or another of us, - and not a few directed at himself.

Years later, when I next ran into Chris, and you, at Ft. Lewis, as he shadowed MG Shalikashvili, Chris' personality was still front and center, as it would remain for his entire life. When the pain of you loss recedes, as it will, though not completely, Lisa and I pray it will be utterly overshadowed by the joy you obtain from memories of Chris' energetic spirit and the fruits of a life very well lived.
Comment Share
Share via:
M

Posted Feb 02, 2020 at 06:39pm
Sorry to all the other cousins, but Chris was my favorite. Truthfully I had a crush on him. I don’t know how old I was when the Plattsburgh cousins would descend on our house in Saranac Lake on a winter Sunday afternoon, but I remember that handsome face. He was many years my junior, but that didn’t matter. When I saw him again last summer at his mom’s memorial service, he asked me if I still lived in Texas although I hadn’t seen him in decades. I felt so privileged to see him again, visit a little, and give him a hug—still my crush.
Comment Share
Share via:
AD

Posted Jan 31, 2020 at 04:47pm
Chris Munn is one of the finest men it has ever been our privilege to know and we are saddened over his passing. May the Lord's peace sustain you and your family Tammy. Al & Joan Danis
Comment Share
Share via:
RB

Posted Jan 30, 2020 at 10:09pm
Barbara, sons Josh and Ian, and I recall sitting around the campfire, illegally of course, with Chris, Tammy, and sons Ryan and Chris Jr on our Dover Place cul-de-sac on Fort Lewis when we were next door neighbors. Rest in Peace old friend and continue smiling. Rob Boisvert and family
Comment Share
Share via: 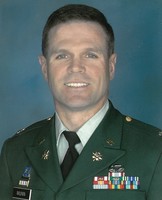 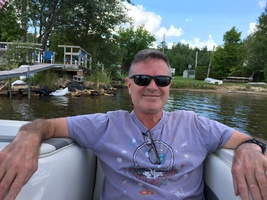 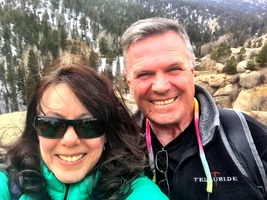 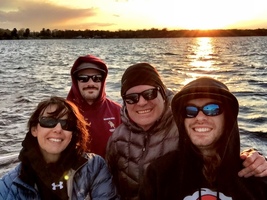