To share your memory on the wall of Constance Miller, sign in using one of the following options:

Print
Constance Sue (Stevenson) Miller, 74, of Plattsburgh, passed on from this life peacefully Tuesday, June 9, 2020, at CVPH Medical Center, in Plattsburgh, NY.
Born Friday, August 24, 1945, in Hancock, NY, she was the daughter of Willard and Jane ... Read More
Constance Sue (Stevenson) Miller, 74, of Plattsburgh, passed on from this life peacefully Tuesday, June 9, 2020, at CVPH Medical Center, in Plattsburgh, NY.
Born Friday, August 24, 1945, in Hancock, NY, she was the daughter of Willard and Jane (Chamberlain) Stevenson.
Connie attended Morrisville-Eaton Central School in Morrisville, NY, during which time she was an exchange student in Medellín, Colombia, and graduated as the Salutatorian of the Class of 1963. Connie began her college career at The University of Rochester in 1963, then moved to Plattsburgh where she married Donald E. Miller on August 22, 1964. They were married 46 years. Connie continued her studies and earned a bachelor’s degree in English and Spanish at Plattsburgh State in 1967. She later completed two master’s degrees in English and Latin American Studies.
Señora Miller taught Spanish at Peru Central School in Peru, NY for 31 years from 1968 until her retirement in 2000. She served as Foreign Language Department Chairperson, helped initiate the State Mentor Teacher Intern Program at Peru, and was a very active member of The Peru Association of Teachers. She represented Peru Teachers at the local, state, and national levels. She was also an adjunct instructor of Spanish at North Country Community College. After her retirement from teaching, Connie continued to work as a Mentor Teacher Consultant for the NYS Education Department at schools in New York City.
She began retirement by attending clown classes and created the character Raya (Spanish for “stripe”) and volunteered in her striped clown costume to entertain local school children, nursing home residents, and hospice patients.
Connie was a congregant of The United Church of Morrisville, and then in 1975, was baptized and confirmed at St. Peter’s Church in Plattsburgh. She later served on the St. Peter’s Church Council and was a Lector. She volunteered at various organizations, including The Clinton County Christmas Bureau and Elmore SPCA.
Her first trip to Nicaragua for humanitarian aid was in 2001, and Connie was instrumental in the formation of North Country Mission of Hope since its inception. She served as Mission of Hope’s Executive Secretary and member of the Leadership Team for almost 10 years. She traveled to Nicaragua annually from 2003-2012 and spent a great deal of her time helping to connect sponsored Nicaraguan students with their American host families and translating the letters they exchanged.
In 2013, Connie became a docent at the Alice T Miner Museum in Chazy. She was also a former member of the Psi Chapter of Delta Kappa Gamma.
Her many hobbies included her love of travel and golf-- both of which she shared with her husband Don. Connie enjoyed bowling, swimming, kayaking, cross country skiing, crocheting, sewing, and reading. She kept a beautiful home flower garden and tended every flower and plant she encountered.
She adored her six grandchildren, and attended every performance, concert, and sporting event of theirs that she could. She was a woman who brought joy with her wherever she went, and her laughter and spirit will live on in everyone she touched with her kindness and generosity.
She is survived by her daughters Julia Miller, Krista Jiampetti, and Laura Miller, her grandchildren Jonas, Montana, Max, Charlotte, Grayson, and Luke, her sister Priscilla Suits, her brother and his wife, Richard (Dawn) Stevenson, many nieces and nephews and extended Miller Family relatives.
Connie is predeceased by her parents, Willard (2004) and Jane (2008), her brother-in-law Merton (2003), her husband Donald (2011).
Her daughters wish to thank the staff at Pine Harbour Assisted Living and the medical staff on the 5th floor at CVPH for the wonderful care they provided for their Mother.
Donations to a scholarship fund established in honor of Connie, and her late husband Don, may be made online at this link https://paypal.me/pools/c/8pQLMfcsv4 or contact Julia at CDmillerscholarship@gmail.com
A memorial will take place at 10am, Saturday, June 13, 2020 at St. Peter’s Cemetery Columbarium. As there will be no calling hours, anyone who would like to attend is welcome at this outdoor service. Please remember face coverings and social distancing.
Arrangements are entrusted to Brown Funeral Home, Plattsburgh. Online condolences may be offered at wwww.brownfuneralhomeinc.com.
Read Less

To send flowers to the family or plant a tree in memory of Constance Sue Miller, please visit our Heartfelt Sympathies Store.

Receive notifications about information and event scheduling for Constance

We encourage you to share your most beloved memories of Constance here, so that the family and other loved ones can always see it. You can upload cherished photographs, or share your favorite stories, and can even comment on those shared by others.

The Tyce Family sent flowers to the family of Constance Sue Miller.
Show you care by sending flowers

Posted Jun 13, 2020 at 12:21am
We were saddened to hear of the passing of Connie Miller. Our deepest sympathy to Connie’s family. It must be so difficult. We are thinking about you. Connie loved her students and teaching Spanish. She gave many hours working on district and regional committees to improve education for all students. Her students were lucky to have had Connie as she cared and taught her students well. She saw people in need here in our community and in Nicaragua; she cared enough to make many sacrifices and helped, uplifting the lives of so many.

Posted Jun 12, 2020 at 07:43pm
Please accept our most heartfelt sympathies for your loss... Our thoughts are with you and your family during this difficult time.

The Tyce Family purchased flowers for the family of Constance Miller. Send Flowers

Posted Jun 12, 2020 at 07:02pm
Our deepest sympathy to all of Connie’s dear family. She was a special colleague, friend, and bright light on the faculty at Peru Central School. May you all find comfort sharing memories, hugging, and holding her in your hearts.

Posted Jun 12, 2020 at 12:43pm
My deepest condolences to Mrs. Miller's family. I had her for Spanish for three years and she is one of my all time favorite teachers. Very kind and patient. I would run into her occasionally and she always remembered me which made me feel special considering she taught thousands of kids over the years. Rest in peace Senora Miller, I will always remember you fondly. Wendy Stewart PCS class of '82.
Comment Share
Share via:
H

Posted Jun 12, 2020 at 05:56am
So sorry to hear of Connie’s passing. We all knew we were in good hands when we worked with her; so knowledgeable and competent. She was a great lady with the cutest giggle.
Comment Share
Share via: 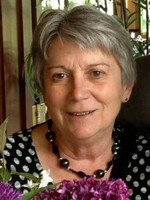