Obituary for Cynthia A. Chase 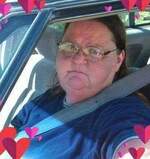 Cynthia A. “Cindy” Chase, 64, of Stratton Hill Road in West Chazy, passed away Thursday, April 14, 2022 at her home with her family by her side. She was born in Plattsburgh on August 9, 1957, the daughter of the late Raymond and Eleanor (McLean) McLean.

Cindy enjoyed coloring, going to the casino, and playing bingo.

She is survived by her children and their spouses; Kayla and Kyle Robidoux of Plattsburgh, Elizabeth “Izzy” and Justin King of West Chazy, Rubert “Buddy” Chase III of Champlain, Christina “Tina” and Steve Matott of West Chazy, Christina Chase of Plattsburgh, , her sister Barbara Gonyea of Plattsburgh, her grandchildren; Austin, Abby, Katie, Tobie, Payden, Wes, Aubrey, and Kyle, Savannah, Todd and Brianna, many nieces and nephews and a close family friend Melissa Perez.

Arrangements are entrusted to the Brown Funeral Home, 29 Broad Street in Plattsburgh. Online condolences may be offered at www.brownfuneralhomeinc.com