Obituary for Cynthia A. Trombley 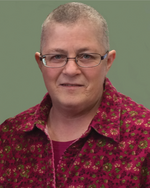 Cynthia A. Trombley, 67, of Military Turnpike, passed away Thursday, March 4, 2021 at her home surrounded by her family after a long and courageous battle with cancer. She was born in Potsdam, NY on February 10, 1954, the daughter of George Leslie and Carol (DuBois) Howard.
Cynthia married John Trombley in 1981. She spent the last few years caring for her grand kids who affectionately called her Grannie. Cynthia enjoyed crocheting and going to the casino.
She is survived by her mother Carol of Malone, NY, two children, Jason H. Trombley and his wife Arielle of West Chazy, Mark L. Trombley of West Chazy, two grandchildren; Eve Marie and Layla Ann, her siblings; Liz Mayne and her companion Larry and Les Howard and his wife Kate, and several nieces and nephews also survive her.
Cynthia was pre-deceased by her father, her husband John H. Trombley in 2007, and her siblings; Bill, Steve and Tom Howard.
Calling hours will be held on Sunday, March 7, 2021 from 1:00 to 2:00 pm at the Brown Funeral Home, 29 Broad St. in Plattsburgh. Funeral services will follow at 2:00 pm in the Brown Funeral Home Chapel. Donations in Cynthia’s memory may be made to Hospice of the North Country.
Arrangements are entrusted to Brown Funeral Home, 29 Broad Street in Plattsburgh. Online condolences may be offered at www.brownfuneralhomeinc.com