To share your memory on the wall of David Carr, sign in using one of the following options:

“David was truly an amazing one of a kind, individual. He had an amazing passion for life. He loved his family and friends to end and had a huge heart.
“He was such a love-able guy with an awesome sense of humor. I grew super fond of all of his movie reviews and critiques that I actually followed his Facebook page quite religiously. He may never have known it, but he played a small part in my life because of it. I always looked forward to reading what he had to say and I’m heartbroken because I don’t have that awesome source anymore.”
“David Carr was a truly kind and beautiful human being. That signature sly grin from some quiet corner of a bar counter, always observing and smiling. Though he was someone who probably preferred the backdrop of a social situation or gathering, I'd seek him out in the madness. Over the years, we talked for hours about nothing and everything, with the conversation always circling back to film, something David was a real deal expert on. I don't think I've ever met someone who knew more about classic flicks, directing techniques and artistic symbolism than he did. He was a walking encyclopedia of knowledge. To be honest, I don't think David ever knew how cool and sophisticated (and genuine) he actually was, which, in essence, made him even that much cooler. My hometown and the greater universe, has lost of one the great ones. His memory lives on. I miss my friend...”
“Our hearts are heavy. David was a shining example of the power of kindness, listening, and understanding. He was genuinely interested in what people thought and had to say. Like his keen eye for cinema, his observations were thoughtful and kind. He really saw people. He made you feel big. He made you feel special.”
“David was an artist with language, a true poet.”
“There’s always gonna be a David sized hole in my heart, and unfortunately nobody can EVER be who he was.”
“You were kind beyond measure, a friend to all. Always had something to say, a joke to share. You were a genuine soul, truly one of a kind. Smart yet thoughtful, silly but strong. Your love for film, and appreciation for small details bleed through into your actions. Always taking the time to listen and learn everyone's story. David Carr your heart was too big for this world. I'm going to miss you friend something fierce.”
“David is loved by so many because he loved everyone. He never cared about what you were as long as your heart was good. Never snobbish, always pure and genuine.”
“He was one of the most genuine people I have ever met. He was kind, intelligent, witty, and most of all sophisticated. If you had the honor to know him, I guarantee your life is better because of it.
“I don't have all the words to express what our friendship has been over the decades, travels and adventures, movies and games, secrets older than some family members, and a bond like family. I've called him brother for as long as I can remember. I can't believe he's gone. He was a kind and thoughtful person and he'll be missed by a great many.”
He is survived by his parents, James Carr, Anne & Mal Cutaiar, siblings, Jimmy Carr and his wife Olivia and their daughter Elizabeth and son Steven to arrive in July, Steffan Boule, life-long best friend “brother from another mother,” Keva Timpson, Michelle McKinnon and her husband Thomas, Scott Cutaiar and his wife Beth, his grandmother Shirley Beriau, aunts and uncles: Sandra Ansell, Debra Kimok, Jim Beriau, Bill Carr and his wife Pat, Corrie Lawler and her husband Mike, Barbara Carr, Kim Broeker and her husband Eric and many nieces and nephews.
He was predeceased by his maternal grandfather, Francis Beriau, paternal grandparents, George and Jean Carr and his aunt Mary Lynn Carr.
Pallbearers will be Jimmy Carr, Steffan Boule, Jim Beriau, Bill Carr, Scott Cutaiar & Michelle McKinnon, and Clayton Smalley & Alissa Vidulich.
A Mass of Christian Burial service will be officiated by Deacon Mark Bennett. Due to the current pandemic services will be private but will be streamed and recorded by Steffan Boule and Clayton Smalley for family and friends that are unable to attend. More information will be posted on Facebook later on Friday. Burial will be in St. Mary’s of the Lake Cemetery.
Arrangements are entrusted to Brown Funeral Home, 29 Broad St., Plattsburgh, NY. (518)561-3980. Online condolences may be made and memorial candles lit at www.brownfuneralhomeinc.com.
Read Less

To send flowers to the family or plant a tree in memory of David F. Carr, please visit our Heartfelt Sympathies Store.

Receive notifications about information and event scheduling for David

We encourage you to share your most beloved memories of David here, so that the family and other loved ones can always see it. You can upload cherished photographs, or share your favorite stories, and can even comment on those shared by others.

Posted Jun 08, 2020 at 12:21pm
David, was always at my home with my daughter's Hannah Dustin & Christin Hunter. The kids all hung out in my living room for hours at a time. Almost everyday after school or all day on the weekends. The funniest memory was. I gave my daughter Hannah a Hawaiian Birthday party. It was supposed to be just girls. But the boy's showed up in Hawaiian entire. David had a grass skirt and a lay around his neck and flowers around his head. How do u say the boys can't come into the party when they look so good and so funny. I will never forget 15 yr Birthday party for Hannah. They had a blast. And we had alot of laughs watching the boys dancing to Tiny Tim. Tiny bubbles. My girls just adored David. I never ever minded him coming over no matter what time it was. Sometimes I would have to go to bed early and remember them waking me up with their laughter. And me saying. Hey guys quite down. They would yell back sorry Mom. And then five minutes later. I would hear the laughter again. I just decided to put the pillow over my head and went to sleep that way. David always was there for my daughters. David I know you are not dead. But Stand In The Glory Of God. Where you see The Crystal Sea. And The Streets Of Gold. Where there is no more pain, or sorrow, no more tears. Just pure unspeakable joy. The Bible speaks of The Clouds Of Witnesses. And you will be with them watching over your family and friends. You will always have a place in my heart and my daughters heart's. Our hearts are broken for your family. But I have peace knowing that God is real. And you are feeling His Great Love And Peace That Passes All Of Our Understanding. Until we are able to come home to Heaven. We will see you again my boy. You will be greatly missed by us. And you are deeply Loved my us. May God Keep His Mighty Hand over your Mother and Father And Brother Heart. But there is great joy in knowing you are there.
Sheri Collins. 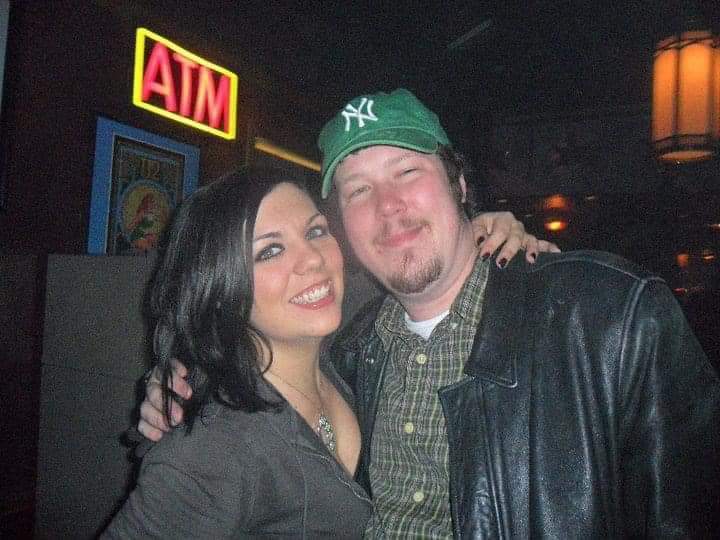 Posted Jun 06, 2020 at 09:18pm
So sorry for your loss. David was so genuine and kind. One of our last conversations we ever had, David and I were sharing memories about Mr. Rogers neighborhood and he told me Mr. Rogers was his hero. It was so sweet and sticks out in my memory, because it was just so endearing, like him. Everyone loved him so much, he was one of the best. I will never forget my time spent with David or our many conversations. Your family is in my prayers.
Comment Share
Share via:
NF

Posted Jun 05, 2020 at 09:08pm
Dave was one of kind. His intellect, his kindness, his conversations and his sense of humor will be forever remembered. I only wish we had more. 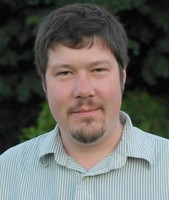 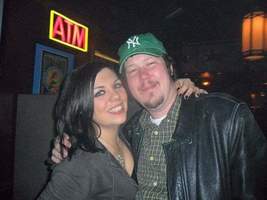