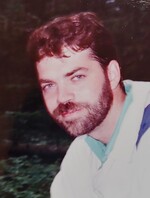 Derrick F. Wells, 64, of Saranac, passed away suddenly, Tuesday, March 30, 2021 at his home. He was born in Plattsburgh, on April 22, 1956 the son of Reginald and Patricia (Stephensen) Wells.
Derrick retired as a correction officer from Clinton Correctional Facility after 35 years of service. He lived his life for his family, loving his grandkids, Conrad and Hazel who were his world.
Derrick is survived by his wife of 37 years, Susan (Chartier) Wells, their children Seth Wells and Natasha Wells, his grandchildren, Conrad and Hazel, his father Reginald Wells, a sister Debbie Wells, his wife’s family who loved him as their own, several aunts, uncles and cousins.
He was predeceased by his mother Patricia Zimmerman, a sister Derna Laybourne and his stepmother Denise Wells.
Calling hours will be on Saturday, April 10, 2021, from 1:00 p.m. to 3:00 p.m. at the Brown Funeral Home, Plattsburgh.
In lieu of flowers donations in his memory may be made to the North Country Honor Flight.
Online condolences may be offered at www.brownfuneralhomeinc.com.