To share your memory on the wall of Diana John, sign in using one of the following options:

To send flowers to the family or plant a tree in memory of Diana M. John, please visit our Heartfelt Sympathies Store.

Receive notifications about information and event scheduling for Diana

There are no events scheduled. You can still show your support by sending flowers directly to the family, or planting a memorial tree in memory of Diana M. John.
Visit the Heartfelt Sympathies Store

We encourage you to share your most beloved memories of Diana here, so that the family and other loved ones can always see it. You can upload cherished photographs, or share your favorite stories, and can even comment on those shared by others.

Thank you for your donation in mom's name and your condolences. It is comforting to know that her memory will live on.
SS

Posted May 18, 2020 at 01:23pm
On behalf of the Seton Catholic family of faith, we would like to extend our deepest sympathy to Diana's' family and friends. May she rest in peace and may the angels lead her to her heavenly home.
Comment Share
Share via:
AE

Thank you for your prayers and message of comfort.
MF

Posted May 05, 2020 at 06:19pm
Wishing you peace to bring comfort, courage to face the days ahead and loving memories to forever hold in your hearts.

Thanks for your donation in mom's memory and your words of comfort. She will truly be missed.
NH

Posted May 04, 2020 at 11:58am
Sent with love and remembrance, I haven't seen Diana for years but we were cousins and friends when growing up. Many good memories. Nora

Thanks for your donation....we have many memories of your time together with mom. She will be missed. 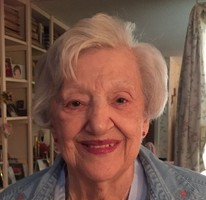 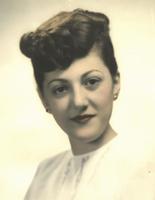