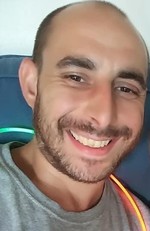 Donald Joseph “Woody” Burdo, Jr., 34 of Plattsburgh, NY passed away on Saturday August 22, 2020 as a result of a motor vehicle accident. He was born in Plattsburgh on February 12, 1986 the son of Donald J. and Michelle (Fletcher) Burdo, Sr.
Woody worked as a machinist at Mold Rite. He enjoyed fishing, camping and spending time with his daughter, Autumn.
He was predeceased by his father, his paternal grandfather Bernard Seymour, his maternal grandmother Marilyn Hendrie and an aunt Geleta “Gigi” Clark
Woody is survived by his mother Michelle (Jerry) Vorholt, his daughter Autumn, his paternal grandmother Nancy Seymour, many aunts, uncles and cousins also survive him.
Calling Hours will be held on Thursday, August 27, 2020 from 3:00 p.m. to 6:00 p.m. at the Brown Funeral Home, Plattsburgh.
Online condolences at www.brownfuneralhomeinc.com