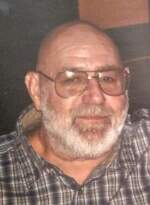 Donald C. Terry, 74, of Plattsburgh, passed away Saturday, December 19, 2020 at the UVM/CVPH Medical Center with his family by his side. He was born in Plattsburgh on November 15, 1946, the son of "Dutchie" and Elizabeth (Trombley) Terry.
Don served in the Navy 1965 to 1969, as an Aircraft Mechanic. He married his wife, Cricket (Scroggins) Terry on July 10, 1971, they recently celebrated their 49th wedding anniversary.
Don loved the Red Sox, Vikings and LA Dodgers. He was a big fan of his Boston Bruins. Don loved any sport involving young children. He helped expand the Plattsburgh Little League Minor League "T" Ball which he served as President of the league for a few years and loved going to hunting Camp with "the boys"
He is survived by his wife, Cricket. Sons, JT and his wife Jackie of Albany, Gus and his wife, Katie of Plattsburgh and their 3 beautiful children, Grace, Alexandra and Max. His Mother-in-Law, Evelyn Scroggins. Brothers, Roy (Carolyn), Gary (Sherry) and a sister, Gail (Don) and many nieces and nephews.
He is predeceased by his parents, "Dutchie and Elizabeth Terry and his father-in law, Robert Scroggins.
There will be no calling hours or services at this time. In memory of Don, a donation can be made to Plattsburgh Little League (c/o Michael Bordeau) or PHS Football Alumni Project (c/o Michael Deloria PHS)
A celebration of Don's life will be at a later date with friends and family. Arrangements are entrusted to Browns Funeral Home.
Don will be most remembered for his quote.....
GO RED SOX!!