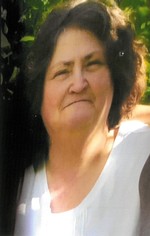 Donna M. Couture, 65 of Pup Hill Road in Saranac passed away Friday, August 21, 2020 at her home with family by her side. She was born in Plattsburgh on September 23, 1954, the daughter of the late Raymond and Jeannette (Dupraw) Waldron.
Donna was employed as a health care aide for many years and was a parishioner of the Church of the Assumption.
She is survived by her sons ; Camron Couture and partner Danielle, Nathan Couture and Stephanie , two sisters; Claudia (Sue) Nelson and Cherie Sands, a brother; William (Bill) Waldron and wife Sandy, her grandchildren; Shawnee, Kaitlyn, Isaac and Averie, and several nieces and nephews.
She was predeceased by her parents, her brothers John (Jack) Waldron, Terry Waldron, Brian Waldron and Connie, a nephew; Jason Waldron, and a brother in law Don Nelson.
A Mass of Christian Burial will be celebrated on Saturday, August 29, 2020 at 11:00 am at the Church of the Assumption in Redford.
Arrangements are entrusted to Brown Funeral Home, 3 Park Row, Cadyville, NY 12918. Online condolences may be offered at www.brownfuneralhomeinc.com.