To share your memory on the wall of Dr. Gerald Harrell, sign in using one of the following options:

Provide comfort for the family by sending flowers or planting a tree in memory of Dr. Gerald Harrell

Provide comfort for the family by sending flowers or planting a tree in memory of Dr. Gerald Harrell

To send flowers to the family or plant a tree in memory of Dr. Gerald V. Harrell, please visit our Heartfelt Sympathies Store.

Receive notifications about information and event scheduling for Dr. Gerald

There are no events scheduled. You can still show your support by sending flowers directly to the family, or planting a memorial tree in memory of Dr. Gerald V. Harrell.
Visit the Heartfelt Sympathies Store

We encourage you to share your most beloved memories of Dr. Gerald here, so that the family and other loved ones can always see it. You can upload cherished photographs, or share your favorite stories, and can even comment on those shared by others.

Posted Feb 17, 2020 at 11:34am
I was a patient of Dr. Harrell for 27 years and worked part-time for him for 4 years. He was very professional, always respectful of others, straightforward and had a great sense of humor. I'm sure he will be missed. My thoughts and prayers go out to Carol and her family.
Barbara Duesberg
Comment Share
Share via:
JR

Posted Feb 11, 2020 at 10:12am
Sorry to hear of Dr. Harrell’s passing. I remember him well- always cheerful and fun. My condolences to the Harrell family. He will be missed. -Jim Racette
Comment Share
Share via:
ME

Thank you Jim for your kind words. Michael
JC

Posted Feb 10, 2020 at 12:06pm
As a young boy, Dr. Harrell was my Optometrist. His office was friendly and cheerful. I would often see he and Mrs. Harrell at St. John's on Sunday morning sitting on the right side of the church. I can appreciate the challenges he faced with Idiopathic Pulmonary Fibrosis since I suffered from it too. When we bought our second home in Florida in 2015, the disease began a more rapid and progressive downturn. Walking any distance was almost impossible. The coughing was awful. At age 68, I was advised to have a double lung transplant. On April 18, 2018, I had the 7 hour operation at Shands Hospital in Gainesville, Fl. Almost two years out, I am doing well and appreciate it as a miracle. May the good Doctor rest in peace. Jim Carroll
Comment Share
Share via:
ME

Jim, I’m so happy to learn of your successful lung transplant. What wonderful news. Michael 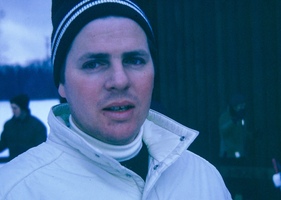