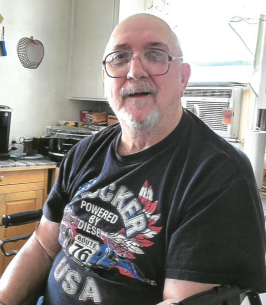 Edward J. Cayea, 70, of Cane Street in Champlain, passed away Saturday, July 30, 2022 at the UVM Health Network-CVPH with family by his side. He was born in Plattsburgh on April 21, 1952, the son of the late Edward and Leila (Berthiaume) Cayea.

Edward served in the U.S. Air Force during the Vietnam War and later was a bus driver for Northern Adirondack Central School for many years. He enjoyed race car driving, playing rummy and fishing.

He was predeceased by his longtime companion Doris Buskey.

In accordance with his wishes, there will be no calling hours. A Celebration of his Life will be held at a later date. Memorial donations may be made to the family.

Arrangements are entrusted to the Brown Funeral Home, 3123 Miner Farm Road in Altona.
Online condolences may be offered at www.brownfuneralhomeinc.com.