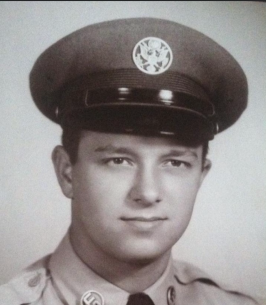 Elwood was born in Ingraham, NY, on August 4, 1937, the son of the late Raymond and Beatrice (Jimmo) LaPier. He attended school in a one-room schoolhouse in West Chazy. He left school after finishing the 8th grade to help on the family farm. At the age of 18, he enlisted in the Air Force, where he later earned his GED. While stationed in Waco, Texas, he met his future wife, Carolyn. They would have celebrated their 64th anniversary this August.

Elwood worked Civil Service at PAFB for many years. After retiring, he started a small dairy farm in West Chazy.

The family would like to express a special thanks to Becky, Heather, and Rachel of Hospice of the North Country for their amazing care and compassion.

Donations in his memory may be made to Hospice of the North Country in Plattsburgh or St. Jude’s Children’s Research Hospital.

Arrangements are entrusted to the Brown Funeral Home, 29 Broad St. in Plattsburgh. (518) 561-3980. Online condolences may be offered at www.brownfuneralhomeinc.com.