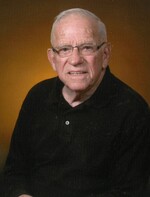 Eugene C. “Gene” Crowley, 88, of Morrisonville, passed away Saturday, January 2, 2021 at the UVM Health Network-CVPH. He was born in Canandaigua, NY on January 31, 1932, the son of Clement and Ruth (Nolan) Crowley.
Gene served in the U.S. Air Force during the Korean War and was later employed as a Corrections Officer and retired as a lieutenant at the Ogdensburg Correctional Facility. He was a member of the Knights of Columbus and life member of Elks Lodge # 621.
Gene was predeceased by his parents, a son Daniel Crowley, his sister, Ann Johnson Romeo, and brothers John “Jack” Crowley and Howard “Butch” Crowley.
He is survived by his wife of 50 years Joan (Gadway) Crowley, his children and their spouses: Eugene and Kyle Crowley, Kathleen and Bruce Marshall, his step children; James DeMeter and Jack DeMeter, his sister Margaret Erdle, several grandchildren, great-grandchildren, and several nieces and nephews.
There will be no public calling hours. A Mass of Christian Burial will be celebrated on Wednesday, January 6, 2021 at 11:00 am at St. Alexander’s Church in Morrisonville. Burial will be in the parish cemetery with military honors at a later date. Social distancing and facial coverings must be observed.
Arrangements are entrusted to Brown Funeral Home, Plattsburgh. Online condolences may be offered at www.brownfuneralhomeinc.com