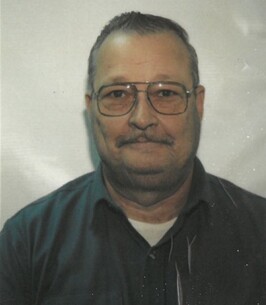 Franklin C. Jones, 86, of Mason Street, Morrisonville, NY, passed away on Wednesday November 2, 2022 at UVHN:CVPH Medical Center in Plattsburgh. He was born in Pine Grove, West Virginia on October 14, 1936 the son of Henry and Margaret Jones.

Franklin served in the United States Air Force from 1956 to 1959. After being honorably he joined the Brotherhood of Painters and Allied Trades, Local 489 in Plattsburgh. Franklin enjoyed spending time with his family, snowmobiling and motorcycling.

Franklin is survived by his daughter Jean Jabaut and her husband Vincent of Morrisonville, his siblings; Athel, Robert, Paul, Thelma and Carol, a brother-in-law, Cleland and his wife Sandy, numerous, grandchildren, great grandchildren, nieces and nephews also survive him.

At Franklin's request there will be no services. Burial will be at St. Alexander's Cemetery in Morrisonville.

Donations in Franklin's memory may be made to Alzheimer's.