To share your memory on the wall of George Dew, sign in using one of the following options:

To send flowers to the family or plant a tree in memory of George S. Dew, please visit our Heartfelt Sympathies Store.

Receive notifications about information and event scheduling for George

There are no events scheduled. You can still show your support by sending flowers directly to the family, or planting a memorial tree in memory of George S. Dew.
Visit the Heartfelt Sympathies Store

We encourage you to share your most beloved memories of George here, so that the family and other loved ones can always see it. You can upload cherished photographs, or share your favorite stories, and can even comment on those shared by others.

Posted May 18, 2020 at 01:21pm
On behalf of the Seton Catholic family of faith, we would like to extend our deepest sympathy to Georges' family and friends. May he rest in peace and may the angels lead him to his heavenly home. Breana and Keely, know that I am thinking of you and your parents.
Comment Share
Share via:
RN

Our deepest condolences, Our Thoughts and Prayers will be with all of you during this very difficult time.

Jeff, Keith and Greg, I didn't know your mom and dad very long, but I remember them to be very nice people. I used to babysit for the three of you back in 1968. Greg was only two years old. I have posted a couple of pictures that I had taken at your house. God bless you all. My husband, Paul, and I are very sorry for your loss. 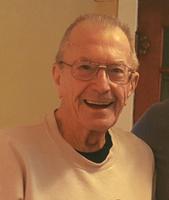 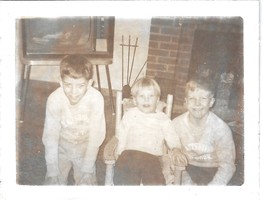