To share your memory on the wall of Gertrude Cardany, sign in using one of the following options:

To send flowers to the family or plant a tree in memory of Gertrude M. "Trudy" Cardany, please visit our Heartfelt Sympathies Store.

Receive notifications about information and event scheduling for Gertrude

There are no events scheduled. You can still show your support by sending flowers directly to the family, or planting a memorial tree in memory of Gertrude M. "Trudy" Cardany.
Visit the Heartfelt Sympathies Store

We encourage you to share your most beloved memories of Gertrude here, so that the family and other loved ones can always see it. You can upload cherished photographs, or share your favorite stories, and can even comment on those shared by others.

Posted Nov 19, 2020 at 09:31am
It was my good fortune to know Trudy when she was a substitute teacher at Plattsburgh High School. Thank you for a wonderful portrait of the life of a wonderful person. Trudy spread happiness and good cheer wherever she went, and her positive outlook was contagious. Good for the students, and good for her colleagues, not to mention friends and family. I knew nothing of her travels, or flying and driving adventures, but her grand spirit and „joie de vivre“ remain with all of us. Rest in peace, dear Trudy.
Comment Share
Share via:
KL

Posted Nov 05, 2020 at 04:59pm
What a beautiful woman, both inside and out! I often shared a pew At Our Lady of Victory church with Mrs. Cardany. She will be missed. To Joe, and other family members: I will keep you in my thoughts and prayers. Nothing in life prepares a person to lose a Mom!!!!! NOTHING! Just know that Love is much stronger than death. And she will always be with you; guiding you and keeping you safe. Again, my heartfelt sympathies. God bless. Kathy A. Lambert PHS Class of 1977
Comment Share
Share via:
JC

Posted Nov 05, 2020 at 12:22pm
Trudy was a wonderful lady and good friend. Trudy and Art gave me so much musical support in my early(as well as later) organist career. Her encouragement and support ,along with Art,’s, was so appreciated. Rest In Peace, Trudy.
Maestro Jim Conley
Comment Share
Share via:
SS

Posted Nov 05, 2020 at 08:58am
On behalf of the Seton Catholic family of faith, We would like to express our deepest sympathy to Trudy's family and friends. May she rest in peace and may the angels lead her to her heavenly home. We have the greatest admiration for her willingness to be a substitute teacher. That is such a gift to be available and willing to hand this challenging undertaking.
Comment Share
Share via: 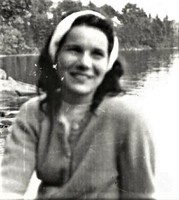 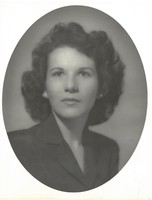