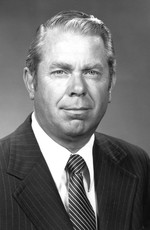 James “Jim” Henry Andre, of Cadyville, NY, 91, passed away peacefully at his home surrounded by his loving family in the early hours of November 23rd, 2020. Jim was born on April 3rd, 1929 in Croghan NY, son of Niles and Beatrice (Bush) Andre.
Jim lived a very full, passionate, and successful life. He was intimately involved with his family and the community. Jim graduated from Lowville Academy in 1946. In respect to his career, he held many different roles such as a Hospital Corpsman in the Navy, NYS Trooper, Resident Insurance Claims Adjuster, and NYS Senate Sargent at Arms. He was appointed as the Director of NYS Servicemen’s Voting and served as director of the Keeseville National Bank. Jim was a member of the Cadyville Fire Department and a communicant of St. James Church in Cadyville, serving as a councilman and a trustee. He was also a member of the Knights of Columbus Council.
In 1955, as a young state trooper, Jim was smitten by a dark-haired petite nurse, Theresa Duquette from Cadyville, that he met at a picnic in Silver Lake. A two year courtship was followed by a 63-year-long marriage, which included five children, nine grandchildren, and one great grandchild.
Jim was highly involved with politics, which started in 1959 with his positions as town of Plattsburgh District Committeeman, then County Committeeman, State Committeeman and later he was elected as Clinton County Chairman. He retired in 1993 as the longest serving County Republican Chairman in the state at that time. His political career lead him to meet several presidents such as Nixon, Ford, and Regan. One of the highlights in his life was when he and his wife, Theresa, had lunch with former President George H. W. Bush; his wife, Barbara; and brother, Jonathan. Lunch was followed by a round of golf at Kenny Bunk Port.
Jim was a man with many passions. He was an ardent golfer, turning professional in 1987. Soon thereafter, he qualified for and played in the PGA Senior Tour as well as the Senior Open in Ridgewood, NJ. In his golf career he met many great golfers like Arnold Palmer and Lee Trevino.
Jim was an avid Adirondack hunter and skilled woodsman. He enjoyed all aspects of “camp”; hunting, cooking, and most of all, time spent with his three sons and close friends. He was a member of the Burnt Falls and Kushaqua Hunting Clubs.
Jim enjoyed cross-country skiing, snowmobiling, and family trips in his motor home. He and Theresa spent their winters traveling to Florida and Myrtle Beach. Jim reminisced a lot about his family and he was especially proud of his grandchildren.
He is survived by his wife, the former Theresa Duquette; daughter Lori (Curtis) Latremore; sons Daniel (Karen), Paul (Sue), Matthew (Carol); grandchildren, Kelsey (Brennan) Stanton, Kegan and Kinnan Latremore; Kristie (Eric) Parmeter and Renee Andre; Tyler and Jacob Andre; Heath (Jessica) and John Andre; great granddaughter, Piper Stanton; sister Mary Ann Sullivan; Brothers Joseph (Carol) and Michael (Donna); sister-in-laws Fern and Ann Andre. He was pre-deceased by his parents, Niles and Beatrice Andre; a son, Stephen and grandson, Cody; Brothers Thomas, Kenneth, and John; sister, Caroline; and brother-in-law, Daryl Sullivan.
A special thank you to Hospice of the North Country for the wonderful care they provided for our beloved husband, father, grandfather, and great grandfather.
In lieu of flowers, please consider a donation to autismspeaks.org, Open Medicine Foundation, Cadyville Fire Department, or Hospice of the North Country.
A Mass of Christian Burial will be celebrated Saturday, November 28, 2020 at St. James’s Church in Cadyville.
Interment will follow at St. James Cemetery.
Due to the current circumstances, the services for Jim will be limited to immediate family and close relatives.
Arrangements are entrusted to the Brown Funeral Home, Cadyville.
Online condolences may be offered at www.brownfuneralhomeinc.com