Obituary for Jerry A. Cork 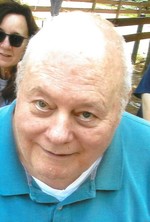 Jerry A. Cork, 70, of Crete Boulevard, passed away Wednesday, November 11, 2020 at the Slate Valley Center in Granville, NY. He was born in Tampa, Florida on March 3, 1950, the son of the late Glenn and Martha (Saiben) Cork.
Jerry served in the U.S. Air Force from 1969-1976 at Plattsburgh AFB where he was an aircraft mechanic. After leaving the Air Force, he worked various jobs as a security guard and driving buses for CART and ARC. One of his main hobbies was tinkering with electronics. He also loved to talk to everyone and anyone who would stop and listen. He was a very friendly and outgoing person. He was always willing to help anyone in need. Jerry also attended the Plattsburgh Rehab and Nursing Adult Center where he loved everyone there and was loved by the staff. Thank you all for his great care.
He is survived by his wife of 45 years, Bernadette “Bunny” (Drollette) Cork, his children; Danielle Carangelo and Eric Cork, Eric’s companion Erica Warner, his brothers and sisters in law; Gary and Donna Cork, Jeff and Chanteau Cork, 4 grandchildren; Diana, Adam, Glenn and Rachel, and several nieces and nephews.
He was predeceased by his parents, a sister Marilyn Ross, and a brother Mike Cork.
Calling hours will be held on Sunday, November 15, 2020 from 1:00pm to 3:00pm at the Brown Funeral Home, 29 Broad St. in Plattsburgh. Funeral services will follow at 3:00 pm in the Brown Funeral Home Chapel. Memorial donations may be offered to the Veterans Assistance Fund c/o Clinton County Veterans Agency.
Arrangements are entrusted to Brown Funeral Home, 29 Broad Street in Plattsburgh.
Online condolences and memorial candles may be offered at www.brownfuneralhomeinc.com