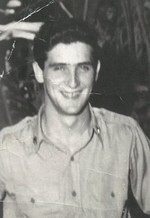 John (Jack) F. Crowley Sr., 87, of Plattsburgh, passed away Monday, October 5, 2020 at Pine Harbor under the care of Hospice of the North Country, with his family by his side. He was born in Rochester, NY on May 25, 1933 the son of Clement and Ruth (Nolan) Crowley. Jack graduated from St John’s Academy where he excelled in football and received his Masters degree from Lesley College in Cambridge, Massachusetts. Jack proudly served in the United States Army and was honorably discharged.

Jack struggled with alcohol addiction, but he turned that addiction into his lifelong career of helping others turn their life around, and has 50+ years of sobriety. He started his career as a counselor in Clinton County and moved onto a position at St Lawrence Treatment Center in Ogdensburg, NY. He climbed the ladder in his profession to become the Director at Manhattan Treatment Center in NY, NY and then to Director of McPike Treatment Center in Utica, NY where he eventually retired.

Jack was a member of St. John’s Church. Anyone who had knowledge of Jack loved and respected him. He always found the good in those he encountered. He was considerate of others and very genuine. Jack was a wonderful Father, Grandfather and husband. He found his home at Pine Harbor Assisted Living where he was very happy and loved by the staff and residents. Roxy the therapy dog of Pine Harbor was a permanent fixture in Jack’s room, as he would let himself in and out of his room. His family would like to acknowledge Pine Harbor staff for their compassion and dedication to Jack.

Jack was predeceased by his parents, his wife of 50 years, Gloria, his sister, Ann Johnson Romeo, and brother Howard “Butch” Crowley. He is survived by his children, Rebecca Crowley of Port Henry, NY, John Crowley Jr. and his companion Jennifer of Malone, NY, Patricia St. Louis and her husband Philip of Dunedin, FL, and Michael Crowley of Saratoga Springs, NY, his grandchildren: Noell, Andrea, Jason, Reilly, Kesi, MacKenna, and Nolan, his great-grandchildren Lily, Roman, Dylan, Michael, Addison, his brother Gene Crowley, and sister Margaret Erdle and several nieces and nephews.

There will be no public calling hours. A Mass of Christian Burial will be celebrated on Monday, October 12, 2020 at 10:00 am at St. John’s Church. Burial will follow in St. Peter’s Cemetery with Military Honors.
Social distancing and facial coverings must be observed.
Arrangements are entrusted to Brown Funeral Home, Plattsburgh. Online condolences may be offered www.brownfuneralhomeinc.com