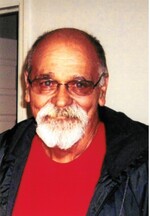 John Henry Russell, 72, of Plattsburgh, passed away Friday, January 8, 2021 at the UVM Health Network CVPH with family by his side. He was born in Plattsburgh on September 1, 1948, the son of the late Henry and Katherine (Lawrence) Russell.
John was employed for Monaghan Medical for many years until his retirement in 2014.
He is survived by his children and their spouses; Randy and Tammy Russell, Dean Russell and companion Cari Reil, Julie Benway, his brother; Dave Russell, his sister ; Lolly Steffen, a sister in law; Carol Russell, his grandchildren; Cody and Colby Russell, Madison and Lucas Russell, Chelsea and Lukas Benway, and many nieces , nephews, sisters in law and brothers in law.
He was predeceased by his wife Virginia Russell, his parents, a brother Robert Russell, and sister in law Lucille Russell.
In accordance with his wishes, there will be no calling hours or services. A graveside service will be held at a later date at St. Peter’s Cemetery. Memorial donations may be offered to Julie Benway for last expenses in care of Brown Funeral Home.
Arrangements are entrusted to Brown Funeral Home, Plattsburgh. Online condolences may be offered at www.brownfuneralhomeinc.com