To share your memory on the wall of John Ryan, sign in using one of the following options:

We encourage you to share your most beloved memories of John here, so that the family and other loved ones can always see it. You can upload cherished photographs, or share your favorite stories, and can even comment on those shared by others.

Plant a Tree in Memory of John
Plant a tree
0 trees have been planted in memory of John Delaney Ryan Jr.
SS

Posted Mar 03, 2020 at 01:50pm
On behalf of the Seton Catholic family of faith, I would like to extend our deepest sympathy to John's family and friends. May he rest in peace and may the angels lead him to his heavenly home!
Comment Share
Share via:
TS

Posted Mar 02, 2020 at 05:38pm
Rest In Peace John... Everyone is going to miss you. Your patrons of The Store Tavern were like family and you always treated them as such. dia a bheith leat!!
Comment Share
Share via:
HS

Flowers were purchased and a memorial tree planted for the family of John Ryan.

Posted Feb 28, 2020 at 12:04pm
I never got a chance to come out and meet John in person. John was a supporter of the NY State Troopers Benefit Fund. I have spoken with him for several years. We always had enjoyable talks. RIP my friend. John Miller

Posted Feb 28, 2020 at 11:11am
I knew John before he opened the store tavern. We had some great times and oh how he could make me laugh. He was so kind. Feeding people on the holidays That had nowhere to go. Never missed Mass. I miss those great times and will forever have a special place in my heart for our Irish John Ryan. Rosemonty Dame.. 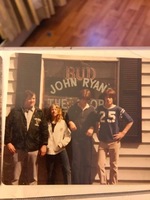 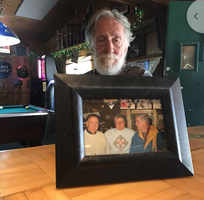