Obituary for John A. Tousignant 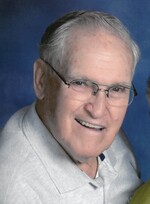 John A. Tousignant, 91, of Champlain Park, passed away Wednesday, March 3, 2021 at his home with family by his side and under the care of Hospice of the North Country.
He was born in Montreal, Quebec on December 24, 1929, the son of the late Joseph and Angelina (Lacheritie) Tousignant.
John served in the Army during the Korean War and later was a self employed plumber and electrician for many years. He was a parishioner of St. Peter’s Church, Knights of Columbus # 6067 in Morrisonville, and the B.P.O.E. Elks Lodge # 2766 in Palm Bay, Florida.
He enjoyed golfing and bowling.
He is survived by his wife of 69 years, Elizabeth (LaBombard) Tousignant whom he married December 27, 1951 at St. Peter’s Church, his children and their spouses; Michael John and Susan Tousignant of Glenville, Linda Tousignant and Kimberly Garrant of Dannemora, a brother and sister in law; Raymond and Vicki Tousignant of Morrisonville, a sister in law; Vivian Tousignant of West Chazy, a brother in law; Donald Thornton of West Chazy, 3 grandchildren; Adam, Timothy and Leslie Valk, his great grandchildren; Taylor Valk, Aubrey and Owen Valk, Katherine and Christopher Valk and several nieces and nephews.
He was predeceased by his parents, a son Michael Tousignant, a daughter Kathleen Tousignant, a brother Andrew Tousignant , a sister and brother in law Jeanine and Lionel Paquin, and his mother in law and father in law Dorothy and William LaBombard his brother in law and sisters in law; James LaBombard, Joan Thornton and Diane Barota.
Calling hours will be held privately for the family. A Mass of Christian Burial will be celebrated at 10:00am on Monday, March 8, 2021 at Peter’s Church. Interment will be in St. Joseph’s Cemetery in West Chazy at a later date. In lieu of flowers.memorial donations may be offered to St. Jude’s Childrens Hospital, North Country Honor Flight or Hospice of the North Country. . Arrangements are entrusted to the Brown Funeral Home, 29 Broad St. in Plattsburgh. Online condolences may be offered at www.brownfuneralhomeinc.com