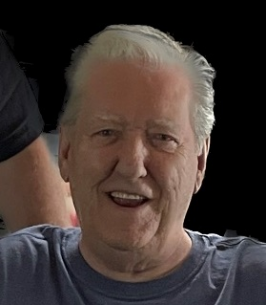 Joseph R. Corral Sr., 79, of Plattsburgh passed away on Monday, October 24, 2022 at the UVM-CVPH Medical Center. He was born in Plattsburgh, NY on December 20, 1942 the son of Peter and Beulah (Laflesch) Corral of Lyon Mountain.

He served his country in the United States Army. Following his honorable discharge, he returned home and later became a Correction Officer at Clinton Correctional in Dannemora. He was a member of the American Legion in Lyon Mountain. Joe enjoyed testing his luck going to the casino and Saratoga Racetrack. He enjoyed spending time with his family and friends, putting puzzles together with his brother and sister-in-law as well as Sunday Dinner at his son’s.

He was predeceased by her parents, his wife Johan, and his sister Mona.

He is survived by his children Joseph Corral, Jr. and his wife Becky and their daughter Hanna Otis, Carol Lynn Polhemus and her companion Thomas Morley and her daughter, Kayla Geohaghan, and his brother Pete and his wife Mary and 3 great grandchildren.

There will be no public calling hours. Graveside services will be Monday, October 31, 2022 at 11:00am at the Plattsburgh Community Mausoleum with Military Honors.

Arrangements are entrusted to the Brown Funeral Home, 29 Broad St., Plattsburgh, NY 12901 (518)561-3980. Online may be offered at www.brownfuneralhomeinc.com