To share your memory on the wall of Joseph Leonard, sign in using one of the following options:

To send flowers to the family or plant a tree in memory of Joseph C. "Jerry" Leonard, please visit our Heartfelt Sympathies Store.

Receive notifications about information and event scheduling for Joseph

We encourage you to share your most beloved memories of Joseph here, so that the family and other loved ones can always see it. You can upload cherished photographs, or share your favorite stories, and can even comment on those shared by others.

Posted Jun 13, 2020 at 12:49pm
I was sorry to hear about the death of Jerry. He was my father's first cousin. (My parents were Doris & Wally Haley.) I have memories of staying overnight at Aunt Mildred (0h, how she could sing!) & Uncle Art's during my college days, and had met Jerry & Marilyn then. I remember my parents taking us to the Leonard camp on Chazy Lake as well. I do a lot of genealogy research so I also have become friends with Ann Frantz on Facebook and Haley Leonard through Ancestry. I tried last fall to connect with Jerry on the phone, but the lady who answered didn't seem to know him. I wish that call had been successful, for we could have exchanged a lot of family information. I remember that Jerry smiled...a lot. If any of you are interested in the Haley genealogy, please email me at doriesw@wildblue.net, or call 518-561-2538. I am the last living Haley in my branch...my two younger brothers call me the matriarch of the family, though I am ONLY 77. Jerry is now looking down on us along with my Dad and the rest of the Leonard & Haley families. Dorie Sweeney

Posted Jun 12, 2020 at 10:13am
On behalf of the Murnane Family, we offer our deepest sympathy to Mrs, Leonard and to your family. Jerry Leonard was a stalwart employee, a skillful craftsman, and a consummate gentleman. The projects he helped to build served to advance the quality of life for thousands of North Country residents, and will stand for many years to come in witness to his efforts. Rest in Peace, Jerry.
Patrick Murnane, Sr.
Comment Share
Share via:
TM

Posted Jun 11, 2020 at 08:01pm
My condolences to Jerry’s family. I have many fond memories of Jerry and miss the days of fun and great conversation. Rest In Peace
Comment Share
Share via:
SB

Posted Jun 11, 2020 at 05:46pm
I am so sorry about your loss. I will remember him fondly and wish my deepest condolences. Please let me know if there is anything we can do.
Comment Share
Share via: 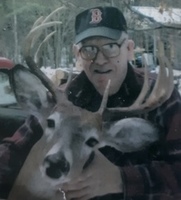 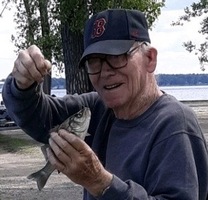