Obituary for Karen A. Lucy 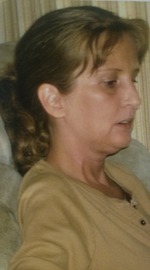 Karen Lucy, 54, quietly passed away in her sleep on Friday, Jan. 3, after a life long battle with lupus. Karen was born in Albany, N.Y. and was raised in Rensselaer, N.Y.. Against the odds of her aggressive illness, Karen had her first child in 1985, after which she moved to Plattsburgh. Motherhood became the passion of her life. Three years later she married Scott Lucy and had her second child. Not only did Karen do an excellent job caring for her own kids, she babysat for most of her friends. Creating what was like a large extended family, Karen had a profound impact on the lives of many children who cherished her now in adult hood. Additionally, she played an intricate role in raising her niece and nephew, Mary-Beth and CJ. Later in life, Karen’s grandchildren Jayden and Jaxson became the light of her life. There was nothing that brought her more joy then spending time with those two boys. Throughout her life, she held a special bond with her mother. To her family and friends, she will be remembered as one of the most caring and giving people. Beyond watching many kids, she did everything she could to help family and friends. Artistic ventures were also a pure joy in her life. In the late 90’s Karen opened a stained glass shop where she sold pieces and taught the craft. She was also skilled at drawing, knitting, cross stitch, and sewing. She also enjoyed puzzles, games, movies, and mostly being with family. Karen faced endless medical issues and will be remembered as one of the strongest women known.

Karen is survived by her husband, Scott Lucy, her mother, Sandra Taber, her two bothers, Richard Taber and Patrick Jerome, her son, Ryan Herlihy, and her daughter, Meghan Lucy, as well as her niece and nephew, Mary-Beth LaBelle and Cheyenne Taber, and many other loved ones.