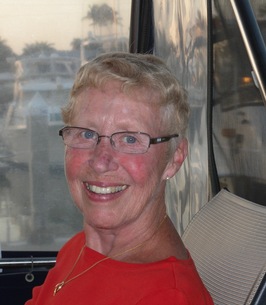 Katharine “Bunny” Daley Rowe, 80, of 1 Coastland Drive, Plattsburgh, NY, passed away on Sunday, October 30, 2022 at her home with her family by her side under the care of Hospice of the North Country. She was born in Ossining, NY on October 1, 1942 the daughter of William and Katherine (Moshier) Daley.

At the age of 16, Bunny began attending SUNY Plattsburgh in the nursing program. During her college years, she spent her summers in underserved neighborhood hospitals in New York City. Those early frontline experiences gave her independence, perspective, and grace well beyond her years. It was those qualities and her beauty that caught the eye of Bill Rowe, the man who would become the love of her life and husband of almost 60 adventure-filled years. They had a magical love story and affectionately referred to one another as “Darling”.

A short career as the school nurse at St. John’s Elementary, was followed by the birth of her two daughters. Kim and Heather are extremely grateful to have had such a strong and loving mother who emphasized the importance of mutual respect and strength of character as guiding principles for a happy family.

Bill and Bunny came together as a team to run Rowe Buick, Rowe Boats International and Adirondack Mall Realty. People would say “Bill runs the business … but Bunny keeps it running!” Their complementary skills, determination, and 100% commitment to one another enabled them to overcome many challenges to create successful businesses. Bunny felt strongly that she and Bill set a strong example of what hard work and determination can deliver.

Bunny did not leave her nursing career behind entirely. She served on the CVPH Board of Directors from 1974 to 1984 and then again from 1987 to 1993. She provided leadership and insight to the Board at a pivotal time in the hospital’s history. Other community-oriented endeavors included her involvement in Junior League, the Kent-Delord House and a celebration to commemorate the 200th anniversary of the Battle of Plattsburgh.

Despite being a self-proclaimed homebody, preferring puttering around the house, she was an avid tennis player and played several days a week. She also enjoyed sailing the waters of Lake Champlain and schussing the trails of Whiteface Mountain with Bill and ‘her girls’.

Bunny’s warm smile and welcoming demeanor put everyone who knew her at ease.

Bunny is predeceased by her husband, William Lewis Rowe III and her brother William Daley. Survivors include her daughter Kimberly Rowe Manion (Dennis) and grand-daughters, Elizabeth (Ella) and Anna (Annie); her daughter Heather Rowe Ambrose (Timothy); her sister Carol Daley; her nieces Heidi Daley and Jennifer Brink, and nephew Kipp Daley and their families; her sister-in-law Frances “Toby” Hohenstein (George), and her nieces Anne Wilkinson and Cynthia Davis and their families.

The family would also like to thank the many wonderful home health aides, led by Anita LeCuyer and Lynasia Parker, who provided Bunny with tremendous love and care over the past five and a half years.

An Open House celebrating Bunny’s life will take place on Saturday, November 12th from 1:00 to 5:00 pm in her home at 1 Coastland Drive, Plattsburgh, NY. The family would appreciate an RSVP by contacting celebratebunny@gmail.com

In lieu of flowers, donations in Bunny’s memory may be made to the Nursing Program at SUNY Plattsburgh.

Arrangements are entrusted to the Brown Funeral Home, 29 Broad Street, Plattsburgh, NY, 12901
Online condolences may be offered at www.brownfuneralhomeinc.com.