Obituary for Kimberly A. Devins 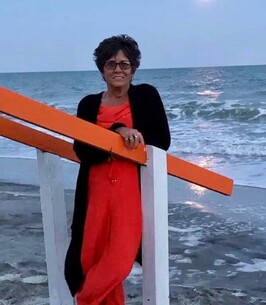 Kimberly Devins, age 57, loving mother, grandmother, sister, daughter, and friend passed away September 26 at her home located in Plattsburgh unexpectedly. Kimberly came into this world by her parents Donna and Arthur Reeves who we all lost in 2012. Kim had three sisters and one brother that were her best friends threw her whole life, she lost one of her sister due to medical reasons two years ago. Kim lived for her family. She has 4 grandkids and one more beautiful baby girl on the way that she was so excited to meet, she would do anything to make sure her babies had everything and more . She could spend every minute with them and it still wouldn’t have been enough . She was an amazing mother to her two boys who she was there for day or night regardless of the circumstances. She had many friends who also held a special place in her heart especially her best friend/cousin Lyn Reeves Coron and all her many friends at her second home on “Easy Street” in High Point, NC. Kim really enjoyed life by making sure everyone around her was happy. She was very loved and will be greatly missed !

She is survived by her significant other who she spent the last 9 years with Tony Lee and her bonus children and grandchildren. Her two boys and their spouses Corey Devins (Rachel Barber) and Alan Devins and his wife Taylor. Her absolute most precious gift her five grand babies Eva, Addy, Paisley, Ryan, & Harper. Her mother Donna Reeves and her companion Joseph, her sisters and their significant others Charlene Liberty, Snuffer Guido (Joseph). One brother and his wife Wayne Reeves (Darcy). And several nieces and nephews .

She was predeceased by her father Arthur Reeves and sister Susie Reeves who were there to meet her with open arms and love.

Per Kim’s request she did not want any calling hours . There will be a celebration of her life on Sunday October 9th at the VFW on Boynton Ave at 12:30pm.

See you later to a wonderful woman, mother, friend to all, sister, and daughter you will be missed by all ▪️▪️.