To share your memory on the wall of Lee Andrews, sign in using one of the following options:

To send flowers to the family or plant a tree in memory of Lee H. Andrews, please visit our Heartfelt Sympathies Store.

Receive notifications about information and event scheduling for Lee

We encourage you to share your most beloved memories of Lee here, so that the family and other loved ones can always see it. You can upload cherished photographs, or share your favorite stories, and can even comment on those shared by others.

Craig and Danielle Scholl sent flowers to the family of Lee H. Andrews.
Show you care by sending flowers

Posted Jan 24, 2020 at 02:29pm
On behalf of the Seton Catholic family of faith, I would like to express our deepest sympathy to Lee's family and friends. We are grateful to him for serving our country as a U S Marine.
Comment Share
Share via:
JL

Posted Jan 21, 2020 at 09:37pm
Chris, Mitzi and family, You have laid a great man to rest today and I'm sure you found that out. I wish I could have been there to say farewell to an old friend from Dannemora. We shared many laughs years ago that I will cherish forever. I'm sure that you gals have many fond memories of him, thoughts and prayers to all of you.
Comment Share
Share via:
CC

Posted Jan 21, 2020 at 11:17am
Kim and family, how sad to hear of Lee's death. He certainly was a pioneer of what the emergency service is today. His knowledge, example, compassion and leadership are strong memories I have of him. He often joked when I stepped into his "car position", that "I'm leaving you with some big shoes to fill, don't …. mess it up". I have great respect for this true Adirondack gentleman. Treasure his memories and Bravo Lee, on a life well lived.
Mary and Marty (Car 8-II) Picard
Comment Share
Share via:
CC

Thank you so much
BG

Thank you very much Lisa
3 Comments | Show All
C

We are unable to attend the services today for Dad. We know this a very difficult and challenging time and we will be thinking about you as you celebrate the life and many achievements of your Dad.

May We offer heartfelt condolences to each of you with the passing of Lee. Your Dad was accomplished as an individual and an outstanding member of the community; greatly respected by those who worked with him. Mom and Dad have raised three very special, exceptional, daughters each with warm hearts and a delight to know. I feel fortunate to have had an opportunity to spend time with you in the past and I well remember each of you as remarkable individuals and gifted students.

My wife Dawn and I are very sorry for your loss. 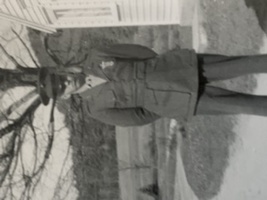 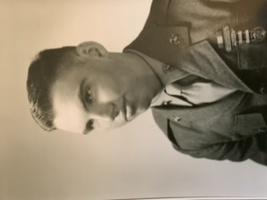 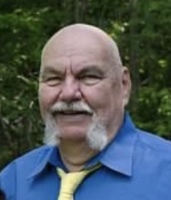