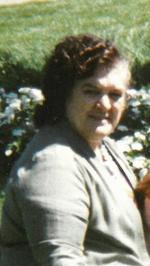 Menetta Ada LeClaire, 85, of Bushey Blvd, Plattsburgh, NY, passed away on Thursday March 12, 2020 at Plattsburgh Rehabilitation and Nursing. She was born in Montreal, Canada on August 2, 1934, the daughter of James and Irene (Piette) Day.
Menetta married Francis LaClaire on January 31, 1969 at the Church of the Nazerene in Altona, NY. She was one of Jehovah’s Witnesses, and very dedicated to sharing her faith in the community. Menetta enjoyed crocheting and gardening.
She was predeceased by her husband, a son William Gowette and a son-in-law Kenneth Pomplun.
Menetta is survived by her children; Edward Day of Florida, Geraldine Gowette of Florida, Christopher Gowette of Plattsburgh, Darlene Pomplun of Wisconsin, Francene Cook and her husband Eric of Chateaugay, NY, Melody Acker of Saratoga, NY and Irene Coller and her husband Jeff of Franklinville, NY, thirteen grandchildren, several great grandchildren, nieces and nephews also survive her, as well as a brother Stephen Day of Quebec.
At Menetta’s request a burial will be at St. Peter’s Cemetery in Plattsburgh later in the year.
Donations in Menetta’s memory may be made to the Kingdom Hall of Jehovah’s Witnesses, 186 Rand Hill Road, Morrisonville, NY 12962.
Menetta’s family wishes to thank the staff of Plattsburgh Rehabilitation and Nursing for the care they provided over the years for her and for her husband Francis.
Arrangements entrusted to Brown Funeral Home. Online condolences may be offered at www.brownfuneralhomeinc.com