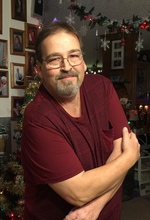 Paul S. Passino died at Albany Medical Center on December 11, 2020 with his family by his side. Paul was born on September 21, 1967 to Margaret Mitchel Champagne and James H. Passino. Paul is predeseased by both of his parents, a sister Dawn Stone, a brother Larry Passino, and his mother-in-law Lena Bradley. Paul is survived by his loving wife of 35 years, Lydia Passino and two devoted sons, Scott Passino and wife Melissa and Corey Passiono and wife Emily. Paul also had taken under his wings and considered his own Joshua, Justin and Amanda Wilson and Deana Wilson and Joseph Fetchick. Paul also leaves behind 5 grandchildren: Devyn and Lucas Russell and Amhiya, Raymond and Johnathan LaFountain; his sisters Christine Hart and Lorrie Fetchick, a brother Bryan Passino and wife Debbie; a sister-in-law Virginia Passino; a brother in law and best friend James Bradley and wife Debbie Hurley; sister-in-laws April Wood and husband Grant and Rebecca Packwood and husband Kevin; and father-in-law Roy Bradley who was loved as his own dad. Paul is also survived by several nieces and nephews whom he loved very much.
Paul worked for Plattsburgh City Taxi for 29 years. He had many passions which included taking care of his lawn and using his hands to build and create things for his home and his family. He was a hard worker and never shyed away from getting his hands dirty. He was always willing to help someone out and gave his all. Paul was a family man and his world circled around his wife and children. Paul always brought light to every situation and his infectious laugh and spirit will be missed by many.
A celebration of Paul’s life will be held later next year. Arrangements are entrusted to Brown Funeral Home, 29 Broad Street, Plattsburgh, NY 12901
Online condolences may be offered at www.brownfuneralhomeinc.com