Obituary for Philip B. Giddings 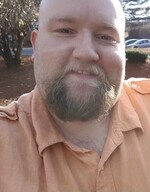 Philip Brian Giddings was born January 14, 1982 at Elmendorf AFB Hospital in Anchorage, Alaska to Bruce Giddings and Linda (Booth) Thomas. He was the eldest of his siblings. Phil was a very caring soul that enjoyed all the people that came into his life and he left his mark on all of theirs. He was always there whenever anyone needed him and was the first to offer help if anyone needed it, and was very selfless. He loved cooking and gaming with his friends and family, and made some of the best friends doing these. Phil was a Techie at heart and loved computers and technology. He was a very sought after employee at Staples in the Easy Tech Department. Phil was a larger than life Viking Teddy Bear that was all about the bearded life. He was the King of both the Dad Joke and Dirty Jokes. He met his Fiancé Stephanie in November of 1998 through his younger Sister. They reconnected again in December 2015 and officially began their Love Story on January 10, 2016. He entered into a family with a single Mom who had three children. Phil was a great blessing when he came into their lives and made their lives good. A year later on Valentine’s Day 2017 a fourth child entered their lives and became the light of his life. His little Shield Maiden became the center of his universe and he hers. On February 29, 2020 he popped the question and Stephanie said yes. They were planning a late Spring Wedding for this year. He loved Stephanie and the Kids more than anything and was planning on adopting her older children once they were married. Phil had such a contagious laugh and was a fierce and loyal Partner and Friend. He will be greatly missed by everyone. Phil is survived by his father Bruce Giddings, mother and step - father Linda and Larry Thomas, his Fiancé Stephanie and their children Ethan, Maxwell, Caitlynn, and Hazel, his sister and her husband Tina and Zack Lapage, brother Patrick Giddings, brother Joshua Giddings and fiancé Kalene Johnston, sister Heather Darrah, sister Isabella Burcume, nephew and niece Jerry and Skylar, a nephew on the way, his maternal grandmother Barbara Nelson, loads of Aunts, Uncles, Cousins, friends, as well as family through his Stepfather and Fiancé. He is Predeceased by his Paternal Grandparents and Maternal Grandfather. There will be no public calling hours or services. A Celebration of Life will be held on May 29, 2021, the day he was set to marry Stephanie. Arrangements are entrusted to the Brown Funeral Home, 29 Broad Street, Plattsburgh. Online condolences may be offered at www.brownfuneralhomeinc.com and donations may be made in his name to Stephanie Giguere and the Children.