To share your memory on the wall of Richard LaVigne, sign in using one of the following options:

To send flowers to the family or plant a tree in memory of Richard A. "Red" LaVigne, please visit our Heartfelt Sympathies Store.

There are no events scheduled. You can still show your support by sending flowers directly to the family, or planting a memorial tree in memory of Richard A. "Red" LaVigne.
Visit the Heartfelt Sympathies Store

Love, Darlene, Denise and John sent flowers to the family of Richard A. "Red" LaVigne.
Show you care by sending flowers

Posted Mar 11, 2020 at 04:00pm
Sorry to see you leave us so soon Big Man. I will always remember you by looking at the Silver Dollar Key Chain you were so nice to give me. and seeing you at the mall.
To your loving Wife and family God Bless You All.
God Bless, you will be missed,
David N Durham
Comment Share
Share via:
RR

Posted Mar 10, 2020 at 10:32pm
Sue and family,
Rick and I are very sorry for your loss. You are all in our thoughts and prayers. We will always remember him as always laughing and smiling
Rest in Peace Richard
Rick and Chris Rabideau
Comment Share
Share via:
LJ

Posted Mar 10, 2020 at 11:13am
Our thoughts and prayers are with you. We love you and will keep you in our hearts at this difficult time!

Love, Darlene, Denise and John purchased flowers and planted a memorial tree for the family of Richard LaVigne. Send Flowers

Posted Mar 10, 2020 at 07:35am
Really nice person remember when he use to come to WCFD bingo then he was our mailman for a while!!
Comment Share
Share via: 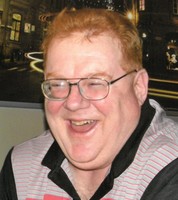