Obituary for Roland B. Barber 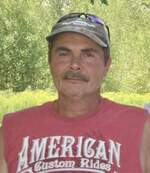 Roland B. Barber, 59, of Jersey Swamp Road in Beekmantown, passed away, Friday, March 26 at the UVM-CVPH Medical Center with his wife Susan and his daughter Rachel by his side. He was born in Plattsburgh, on June 8, 1961 the son of the late Rolland and Sally (Buttery) Barber.
Roland was employed as a District Manager for ABM in Albany, NY for many years and loved fishing, boating , woodworking, gardening, four wheeling, walking, being outdoors, and his greatest love was for his grandchildren.
He is survived by his wife Susan (Haines) Barber, his children and their spouses: Rachel Barber and Corey Devins of Saranac, Bailey Barber, Justin and Hannah Barber of South Carolina, Roxanne Bell of Peru, Roland Barber of Dannemora, his siblings and their spouses; Debbie and William Lopez of Beekmantown, Tammy and Keith Berg of Beekmantown, Barbara Barber of Beekmantown, his grandchildren; Gavin Barber “Papa’s Pride and Joy”, Jaylynn Bell, Rayah Bell, Owen Bell, Ryan McClatchie, Paisley Devins and Oliver Barber, close friends whom he thought of as family; Hillary Relation, Holden Dyer and Ruby Relation, and several nieces and nephews.
He is predeceased by his parents, a sister Lori Rizzie, and a brother Dennis Barber.
In accordance with his wishes, there will be no calling hours or services.
Arrangements are entrusted to the Brown Funeral Home, Plattsburgh. Online condolences may be offered at www.brownfuneralhomeinc.com.