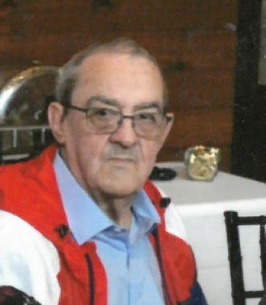 Ronald E. Streeter, 75, of Route 3 in Redford, passed away Wednesday, October 26, 2022 at Elderwood of Uihlein in Lake Placid. He was born in Lancaster, NH on December 12, 1946, the son of the late John and Pauline (Crowley) Streeter.

Ronald served in the U.S. Marine Corps during the Vietnam War and later was a sales associate for Dannemora Ford for many years. He enjoyed going to the Casino.

He is survived by his longtime companion; Diane (Noelting) Perault , his children and their spouses; Christopher and Jennifer, James and Lorri, all of Texas, his brother and sister in law; Daniel and Priscilla Crowley of New Hampshire, several grandchildren , several nieces ,nephews and Diane’s family.

He was predeceased by a son Jeffrey Streeter.

A Celebration of his Life will be held at a later date. Memorial donations may be made to the North Country Honor Flight.

Arrangements are entrusted to the Brown Funeral Home, 3 Park Row in Cadyville.
Online condolences may be offered at www.brownfuneralhomeinc.com.