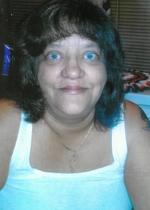 Tina M. Ryan, 53, of Beekmantown, passed away unexpectedly on December 27, 2019 at UVHN:CVPH Medical Center. She was born in Plattsburgh, NY March, 10, 1966 the daughter of Albert and Alice (Rougeau) King.
She is survived by her husband, Orville Ryan, three sons; Anthony Ryan and his companion Brenda, Nicholas Ryan and Brandon Ryan, her mother Alice King, a sister Karen King and her companion Andy, Karl King, three grandsons Christian, Jacob and Thomas, several nieces and nephews and her canine companions Jose and Chico.
Tina was predeceased by her father, a brother David King and a sister Lori-ann King.
Calling hours will be held on Thursday, January 2, 2020 from 4:00-6:00 p.m. at the Brown Funeral Home in Plattsburgh. A funeral service will follow at 6:00 p.m. in the Brown Funeral Home Chapel. Burial will be at St. Joseph’s Cemetery in West Chazy at a later date.
Donations in her memory may be made to her family.
Arrangements entrusted to Brown Funeral Home, 29 Broad St. Plattsburgh, NY (518) 561-3980. Online condolences offered at www.brownfuneralhomeinc.com.