To share your memory on the wall of Wendell DeCarlo, sign in using one of the following options:

To send flowers to the family or plant a tree in memory of Wendell F. "Buddy" DeCarlo, please visit our Heartfelt Sympathies Store.

Receive notifications about information and event scheduling for Wendell

We encourage you to share your most beloved memories of Wendell here, so that the family and other loved ones can always see it. You can upload cherished photographs, or share your favorite stories, and can even comment on those shared by others.

Posted Jun 06, 2020 at 12:40pm
I’ve known Buddy most of my life and always admired him and talking with him about when he was a Golden Gloves Boxer and New England Champion. Buddy was a great man and was glad to be his friend.
Comment Share
Share via:
KL

Posted Jun 05, 2020 at 04:03pm
To the Family of Buddy DeCarlo: We were very sorry to see Buddy's name in the obits. I hadn"t seen him for quite awhile and thought he might have moved to Florida. I missed him not playing his scratch-off tickets every day. Our thoughts and prayers are with you during this very difficult time. 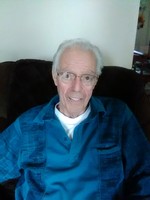 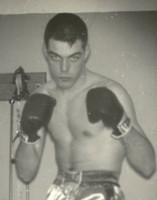