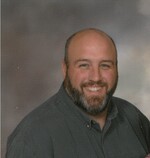 William C. “Bill” Holzer, 57, of Cumberland Head, passed away Saturday, February 27, 2021 at the UVM-CVPH Medical Center with his loving family by his side. He was born in Plattsburgh,NY on March 8, 1963, the son of William and Evalyn (Manley) Holzer.
Bill enjoyed being outdoors: 4wheeling, fishing, going to camp and a special interest in photography. He worked at Warren Tire as General Manager for over 30 years and as outside road-sales in recent years. He was a skilled woodworker and taught many carpentry skills to his son, Mack.
He is survived by his wife of 32 years, Carol, his daughter Alaina Holzer, his son Mack Holzer and his companion Kelsey Marking and her daughter Kadence or as Bill called her “Little K”, his father Bill and his friend Donna, his brother Dale Holzer and his companion Alison Rae, his sister, Laura Holzer and her husband Bill Bereza, his father-in-law Dick Ayotte, his sister-in-law, Amy Holzer, and several nieces and nephews.
He is predeceased by his mother and his mother-in-law Joyce Ayotte.
Calling hours will be Wednesday, March 3, 2021 from 4:00-7:00pm at the Brown Funeral Home, Plattsburgh. A Mass of Christian Burial will be on Thursday, March 4, 2021 at 10:00am at St. Peter’s Church.
Arrangements are entrusted to the Brown Funeral Home, 29 Broad St. in Plattsburgh. Online condolences may be offered at www.brownfuneralhomeinc.com